“For me, the abuse was what felt like a constant stream of toxicity. It was a never-ending barrage of being told I was worthless, being emotionally and physically abused, and feeling undeserving of my existence. Through this horrible toxic fog, I would sometimes get glimmers of the man I met. The funny one, the loving one, the one who made me happy. Though these instances were few and far between, and I craved them so much, they were actually part of a calculated plan on his part.” – Kozlowski (2020)

What are trauma bonds?

Survivors and perpetrators of domestic abuse will often form trauma bonds whereby they both become emotionally hooked into the relationship – this can make it extremely difficult for the survivor to unlock herself and escape from the abuse. The survivor will feel a very strong connection with her abusive partner. The intensity of love felt by the survivor towards her abuser often appears stronger than in healthy relationships. She will feel sympathy for him and intense loyalty towards him, not despite his abuse, but rather because of his abuse.

How do trauma bonds develop?

Trauma bonding doesn’t just happen – it takes time to develop this toxic and harmful bond. The abuser will deliberately weaken his partner before he is able to hold this sort of control over her. Typical narcissistic behaviour will make women vulnerable to developing trauma bonds. Very often abuse will start with ‘love bombing’ – where the abuser will overwhelm his new partner with loving behaviour as a means of manipulating her. Isolation often follows – he will do what he can to reduce her contact with others as a means of increasing her dependency on him, he may try to force her out of work too. Without the support of family, friends, and colleagues, she will begin to depend on her abuser for validation and he will give her validation initially. Once she becomes reliant upon him, he will start criticising her. This might be subtle where he hopes she won’t realise what he’s doing, or it may be more overt. He might start to ‘gaslight’ her – make her question her own reality so she loses confidence in her judgment and may depend more on him. This behaviour will cause a loss of self-worth in the woman, and she will feel increasingly reliant on her abuser. The abuser will gain control and she will try desperately to please him and to win validation from him. The trauma bond will develop. Her abuser has destroyed her confidence, but she will feel he is the only person who can make her feel worthy again. She will desperately seek his validation and he will cruelly manipulate this need in her most of the time – and occasionally, he will reward her with kindness. On the rare occasions when he is kind, she will doubt he was ever properly abusive, and blame herself for not trying harder in the relationship.

By providing intermittent rewards and punishments – occasional kind and loving gestures, and cruel, hostile behaviour at irregular intervals, a psychological conditioning develops. Like a slot machine offering intermittent pay-outs, the survivor becomes snared into the relationship, ever hopeful of the next reward and a reprieve from the abuse and suffering.

When traumatised, and safety feels threatened, we turn to someone who can offer support, protection and care. This person is often our intimate partner, even when he has caused the trauma. This is particularly likely when we’re isolated from others due to his abuse. We feel attachment towards our partner when he provides comfort. This attachment strengthens the trauma bond – these bonds are extremely resistant to change. – Kozlowski (2020)

How are trauma bonds sustained?

Once the trauma bond has been established, it is reinforced further with cycles of abuse. Following an abusive incident or series of incidents, abusive men will often offer some affection, enough to remind her how loving he can be. A period of relative calm can follow before tensions start to re-build and the abuse inevitably starts again. Women will try their best not to anger their partner. If he is angry, she will blame herself, she will do everything expected of her, she will remember how loving her partner can be, hoping for the return of that behaviour. She will think she just needs to work out what she’s doing wrong to bring back the good part of their relationship. She’ll become obsessed with winning his affection. It won’t occur to her that his kind gestures were manipulative and not genuine – her partner being incapable of real and sustained love. The longer the survivor remains with the narcissistic abuser, the more difficult it is to break the trauma bond.

“He broke my nose and neighbours heard my screams and called the police. I pleaded with them that I’d fallen over but they didn’t believe me and arrested him. I was distraught. I’d have said anything to get him released.” – Survivor

The narcissist will try to win you back

If women manage to break free from the trauma bond, the abuser will commonly revert to the courtship phase in an attempt to win his partner back. Women may be extremely vulnerable to the abuser’s efforts. Abusive men are experts at manipulative persuasion. He will struggle to deal with the loss of control that comes with his partner leaving him. This is a very dangerous time because he will do everything in his power to persuade his partner back into the relationship. Very often, his persuasive tactics pay off and she returns to the relationship. Following the initial ‘honeymoon’ period, the abuse will inevitably begin again, the trauma bond is strengthened, and the destructive cycle continues.

Surviving the trauma bond is inevitably difficult. If still in the abusive relationship, you need to be honest with yourself about the reality of your situation, stop minimising the abuse, see they cycles and understand that it will only get worse. It’s best to physically separate from the relationship. Because of the addictive nature of trauma bonds, it’s easier to recover when there is absolutely no contact post separation. Contact tends to cause pain. If you can, move away from him so that you’re never likely to bump into him again. Cutting off all lines of communication is the best advice, however this can be impossible if you share children. If you do share children, try to restrict communication as much as possible and communicate only in relation to child related matters, or better still get a third party involved if possible.

Learn about the character traits of domestic abusers, reflect on your relationship and understand the manipulative tactics your abuser used. It can be helpful to write journal entries about your experiences to properly make sense of what has happened to you. Realise that none of this was your fault and that the blame lies firmly with the abuser. Learn to self-validate so that you no longer need to look externally for validation. Prioritise your own needs, be compassionate and practice self-care. Be compassionate both physically and emotionally. 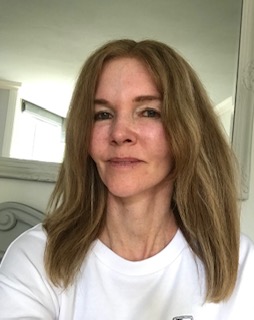